A short back and sides

Just a little off the top

Catching the setting sun in its bare branches, both the syringa tree and the photo are over-exposed! 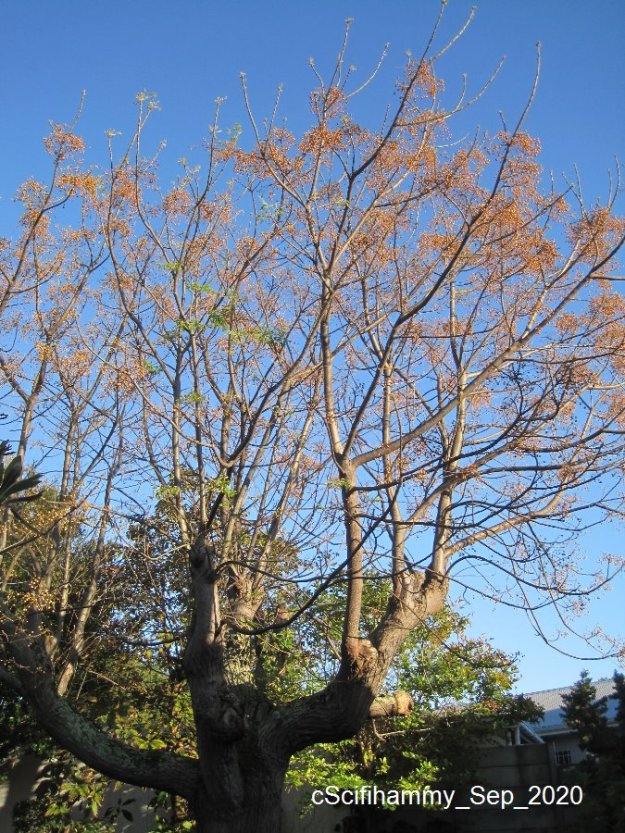 Every six or so years we have the large trees in our garden heavily pruned. It just keeps them in check. We’d gone round the garden several times with the tree guy, making sure he knew exactly what we wanted pruning and by how much.

The boss got his guys set up and then left. There were about five men all round the garden hacking back various trees and bushes, armed with ladders and chainsaws.

We also left them to it – did not want to be anywhere near all those chainsaws! – which is how the syringa got more of a close shave than we intended. 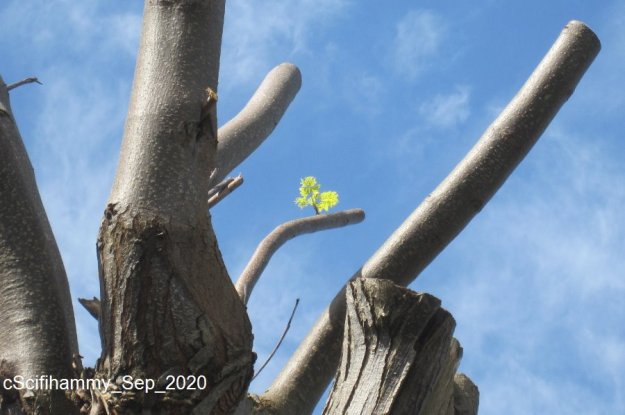 After only two weeks I spotted this new growth sprouting from a smaller branch. After another two weeks I noticed even the thick branches were beginning to push out a few budding leaves.

In no time at all the syringa will be growing new small branches covered in leaves.

Hopefully, it won’t need pruning for another six years!