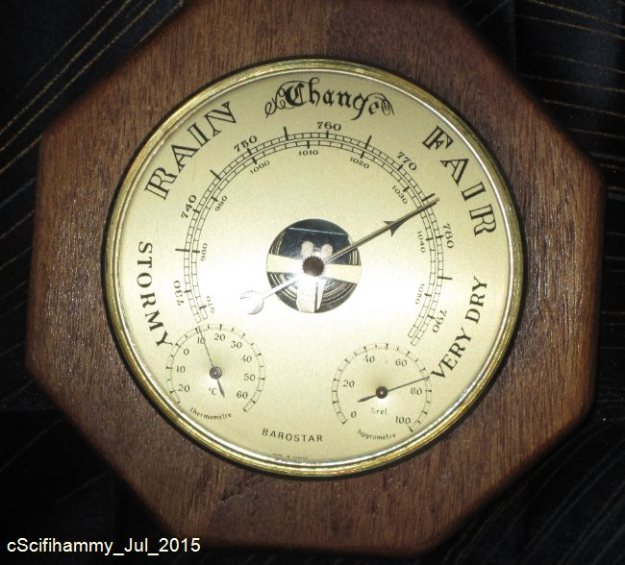 This is what our temperature was yesterday morning.

Yes, I know 12C is nothing to you guys in the Northern hemisphere: probably even in summer!

But the barometer stands in my lounge. This definitely feels jolly cold!

Yes, I could switch on a thermostatically controlled electric oil heater, (many Capetonians will heat their homes, or at least a room, somehow), but electricity is expensive. The last time my heater was used was during a cold snap in winter about 4 years ago, when a friend was over for afternoon tea and I took pity on her shivering! Remember I am from the North of England.

My husband and I just wear more clothes, or blankets in the early morning or evening.

Most of my dogs, Lady, Madam, TJ, have been fine, as they had that extra downy undercoat. Mr Spaghetti Legs, although not having the under-layer, has a thick coat and never appears cold (you know, curled up in a tight ball with nose tucked under tail and all legs plaited.)

But two of my dogs, who looked very similar, have bred themselves on the streets of Cape Town to withstand searing summer temperatures, even going so far as to lie baking in full sun on the hottest of days. This was old Jack, and of course, Little Monkey. For her, and previously for him, we throw a thick blanket over her little curled up, plaited body, as she lies on her bed. She soon gets toasty warm. Snug as a bug in a rug! 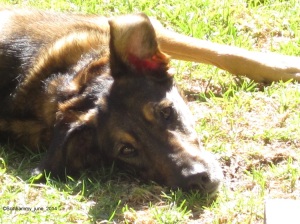